Due to the global pandemic, we're not fully up and running just yet.

We'll be really excited to welcome you to Scotland when it's safe to do so. In the meantime, we hope you can find some inspiration for your next trip in our blogs and sample itineraries.

We'll be launching our services on a limited basis towards the end of summer 2020. When we do start to operate, our flexible booking conditions will give you confidence and peace of mind in the event of any unexpected changes. We'll also personally ensure that our accommodation and experience partners adhere to the latest guidance in order to keep our guests as safe as possible.

If we can help with anything in the meantime in relation to your eventual visit, please drop us a line at [email protected]

Top Tips for Driving in Scotland

Due to the ongoing Coronavirus pandemic, many places in Scotland have modified opening hours or reduced services. Some very few places are also closed. If you're travelling with us, we'll keep you up to date with the most recent information - and even if you're not travelling with us, we're always happy to give advice so you can enjoy your Scottish holiday to the full.

Driving in Scotland is great! We love self-drive Scottish holidays because of the flexibility - you can travel at your own pace, stop when you want to and take whatever route and breaks work for you.

Scotland has a reputation for difficult roads, but that really needn't be the case. Driving in Scotland takes you through some of the most breathtaking scenery in the world and is an experience to be savoured. Armed with the right information, you will be able to enjoy your road trip of Scotland safely.

Here are some hints to help you have the best experience on Scotland's breathtaking driving routes as you enjoy your self-drive tour. You may also find this page and video from Visit Scotland helpful, especially if you need to check your eligibility to drive or hire a car in Scotland.

Don't be afraid of single-track roads 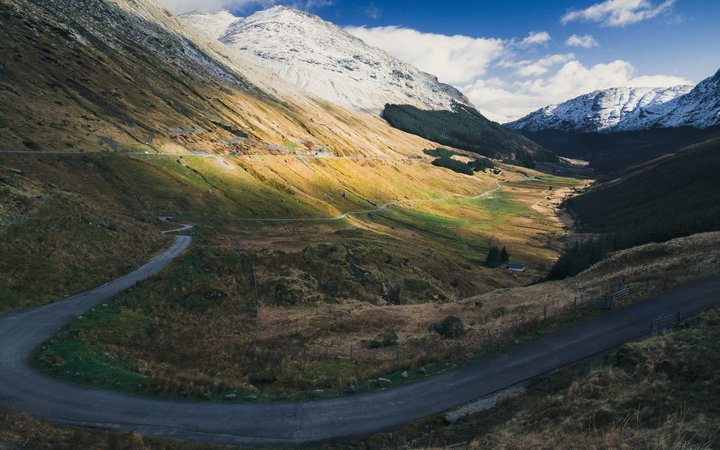 If you're not used to driving in Scotland, you might find the idea of single-track roads daunting, but don't despair! Some of the most incredible places to visit on your self-drive tour of Scotland are reached by single-track road, and you'll find that on the islands these types of road are especially common.

1) Pull over if you're going more slowly than the people behind you.

It might seem crazy, but not everyone is driving to enjoy the scenery! It's really important that you drive at a speed you are comfortable with, but don't be surprised if this speed doesn't work for everyone. It's essential to keep below the speed limit, of course, but it's also courteous not to hold up others by going more slowly than you need to. Try to be aware of who is behind you, and if you notice a queue building up or a big difference in speed, please pull in safely in the passing places provided to let people overtake you.

If you want to stop and take photos (we don't blame you, it's stunning!), please ensure you have pulled over and are not blocking the road.

2) Always keep to the left.

Whilst single-track roads will not have markings in the middle to show you which lane is which, you still need to remember to drive on the left and make sure you stay to the left of the track where possible.

On many single-track roads, there isn't space to pass someone head-on, so bear this in mind when you can't see far ahead. Slow down well in advance of hills and blind bends so that you have time to think ahead and see other road users approaching.

Go at the right speed 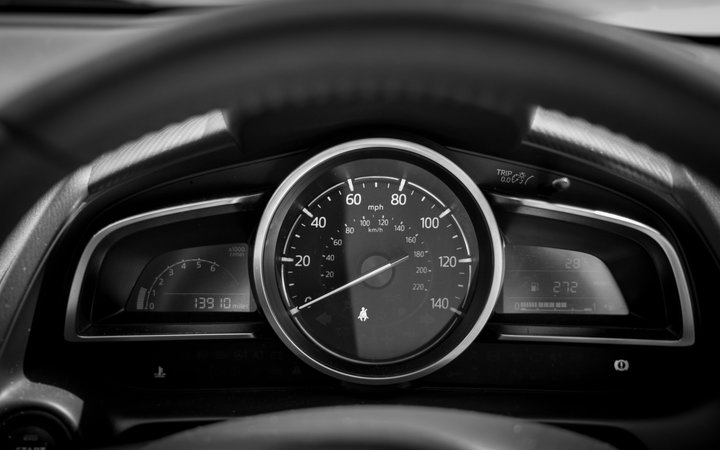 Breaking the speed limit is illegal in Scotland and is regularly enforced. Make sure you stay safe and avoid any trouble by always knowing and staying within the speed limit for the road you are on.

Many of Scotland's roads have a speed limit sign posted - if so, this will be shown at regular intervals by a number with black lettering on a white background in the centre of a red circle. Even if this limit differs from the national norm for the type of road you're on, the signposted speed limit takes preference.

Look out for temporary speed limits, such as those surrounding areas of roadworks or imposed due to heavy traffic on the motorway. These will either be shown on temporary signs placed at the side of the road, or (motorways only) on illuminated boards above the motorway lanes. Again, these will be white and red in colour and will be shown at regular intervals.

If there is no temporary or permanent speed limit signposted, the following national speed limits apply. These depend on the type of road you are driving on.

Motorways - 70mph for cars; 60mph for those towing caravans or trailers. Motorways have blue and white signage and often three or more lanes in each direction.

Single carriageways and other roads outside built-up areas - 60mph. Note, though, that this is an absolute maximum. On country roads, and especially on single-track roads with lots of bends, it is rarely safe to drive as fast as this.

Towns, residential areas or other built-up areas - 30mph. Around schools or residential areas, you may find lower limits (eg 20mph) signposted and/or traffic calming measures such as speed bumps which mean you need to travel a lot slower than 30mph.

Watch out for wildlife 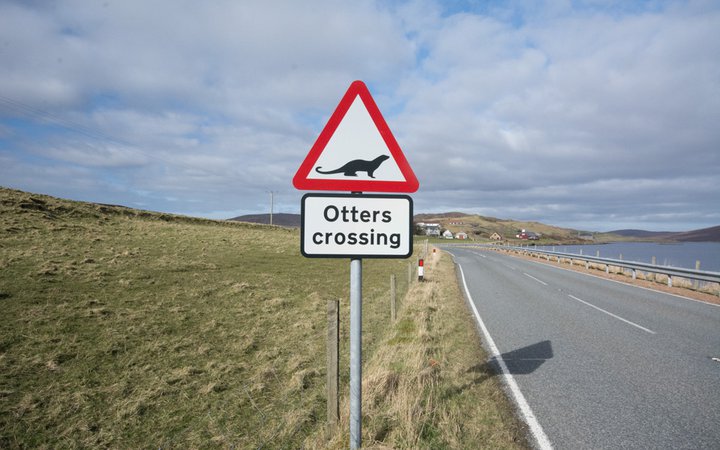 One of the most wonderful things about Scotland is its wildlife. This is no less true when you are on a driving holiday, but the abundance of animals and birds does present an extra hazard for those embarking on a Scottish road trip.

Farm animals and other livestock

Sheep and cows often graze freely beside the road, and you may well encounter them on the road as well. Always travel at a safe speed and be prepared to stop as you go around corners or up hills where you can't see very far ahead. Note that with herds or flocks of cattle or sheep, it's common for more animals to follow if one of them crosses the road - lambs will almost always cross the road to follow their mother, so don't assume that because one has crossed, the others will stay put.

You may find - especially on low-traffic roads - that the animals have made themselves especially comfortable on the road, perhaps even lying down. Slow to a crawl and approach with care. This is normally enough to encourage the animals to move on, but if they are particularly stubborn you may just have to wait. Noisily revving of your engine or over-use of the horn can cause unnecessary stress to animals and may even provoke aggression which could result in damage to your car. The best advice we can give is to be patient and try to see the funny side! It's always an entertaining experience to encounter a roadblock of hairy cows and can make for some wonderful photos as you wait for them to move out of your way.

Deer and other wild animals are unfortunately regularly involved in accidents on Scotland's roads. They regularly cross over or stray into the road, and this is more common in very rural or low-traffic areas.

You can reduce the likelihood of being involved in a collision by keeping your speed slow and safe, giving yourself plenty of space to stop, and by using your lights correctly at night. Expect the unexpected!

Normally you won't encounter birds on the road, but if you are in a quiet area or if there is something tasty on the road (an unfortunate rabbit, perhaps), you may find that birds of prey can't resist taking a rest or having a snack on the road. Just because birds can fly doesn't mean they will, so give them space to move on. Again, your best chance of avoiding causing injury or death to a bird is to ensure you drive at a safe speed with plenty of time to stop.

Beware of other road users 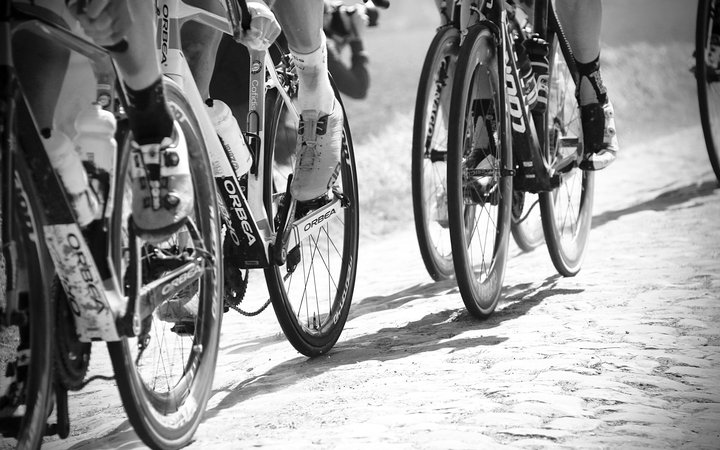 Whilst you may be one of many people enjoying a road trip in Scotland, remember that cars are not the only users of the road. You may come across cyclists, horse-riders, runners or hikers on the road.

Be prepared to meet lots of different types of road users going at different speeds to you, and remember that even though the road may be narrow in places, you still need to pass them with plenty of space. If someone is coming the other way, stop and wait until you can pass them safely.

Please keep in mind that some types of road user will make less noise than a car, so you may not always hear them coming.

Keep an eye on the weather 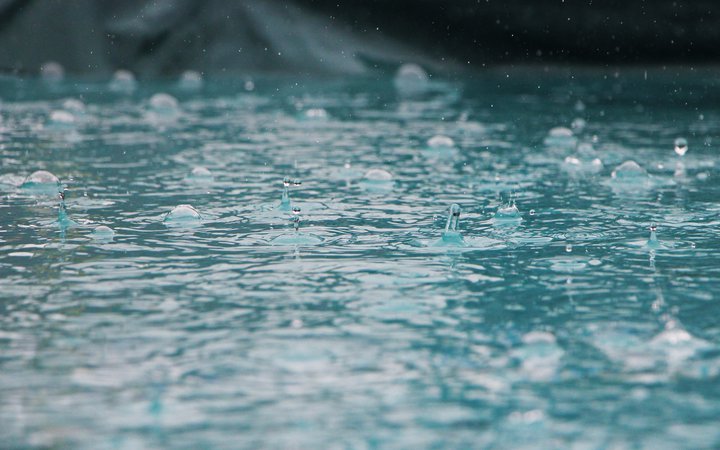 Many of Scotland's roads can be affected by poor weather conditions, so always check the forecast before you drive.

On high ground, such as in the case of roads over mountain passes, snow or ice can occur at almost any time of year. Surfaces can become slippery or waterlogged if there is a lot of rain, and in extreme cases, there can be large areas of standing water or debris from landslides partially obstructing the road. Fog is common from sea level up into the mountains, and again this can occur at any time of year and restrict your visibility of what's ahead of you.

Always drive to the conditions and make sure you are going slowly enough that you can stop safely if you encounter difficult conditions, visibility or obstacles on the road in front of you.

We recommend checking Traffic Scotland for trunk road conditions, roadworks and closures before you set off on your Scottish road trip. 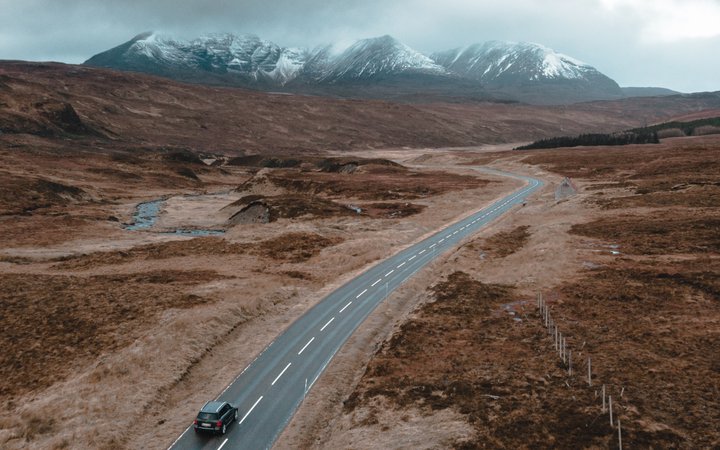 We're confident you will have a wonderful time driving in Scotland!