A spectacular week of snow-capped mountains, beaches, castles and cities

The north-east of Scotland is full of the most spectacular mountains, dramatic coastlines and vibrant cities - and has more castles than just about anywhere else!

This itinerary is based on the official North East 250 route, the smaller brother of the famous North Coast 500. This variation works particularly well in winter, as it's less vulnerable to cold weather disruption than some of the other routes in Scotland. You can check out our handy guide to visiting Scotland in winter to help you make the best of your trip at this very special time of year.

Here, we've assumed you're starting in Edinburgh, but this route works really well from just about anywhere. If you're flying in, you could start in Aberdeen, Dundee, Inverness, Edinburgh or Glasgow - or if you're arriving by train or bringing your own car, there are excellent connections with the rest of the UK.

Arriving in Edinburgh, there's no need to queue up at a car hire counter - just head straight into the city and drop your bags at your hotel.

Edinburgh has a huge amount to offer: a world-class arts scene, lots of history, excellent shopping and some of the best food from Scotland and the rest of the world. If the weather is bad, don't worry! There's plenty to do indoors, and incredible eateries are everywhere so you can get hold of a warm drink and watch the world go by.

However long you spend here, you'll wish it was longer! Check out our detailed city guide to Edinburgh.

After breakfast, your hire car will be delivered to your hotel. Leaving Edinburgh and heading across the brand new Queensferry Crossing bridge, you'll make your way towards the Highlands.

We suggest stopping off in the historic city of Perth for lunch. Nearby Scone Palace is the first of many castles on this tour - what better way to start than the historic coronation site of the kings of Scotland?

If you get to Pitlochry early, there will still be time for a tour of the local whisky distillery or a walk along the beautiful River Tummel.

If you are travelling in winter, we recommend taking the main road, as this will be cleared of any ice and snow.

The Cairngorms to your right will keep you entertained with their snow-capped splendour, and you might want to stop off at Dalwhinnie Distillery on the way for a dram. We recommend the scenic town of Aviemore for a lunch stop, and it's also the best place to go for winter sport in the Cairngorms.

If the conditions are right and you're an avid snowsports fan, we thoroughly recommend staying a little longer in this area to make the best of it.

Day 4 - Aberlour to Banff - Speyside and the Moray Coast

Before you leave Aberlour, take a walk around the town. The dramatic Craigellachie Bridge is an important landmark. For whisky buffs, your hosts are the most knowledgable people around so make sure you pick their brains and sample the delights of their floor-to-ceiling whisky shelves! We also recommend a tour of the Speyside Cooperage - the only working cooperage (barrel maker) in the UK. Speyside is famous for its whisky heritage and you could easily spend a couple of days visiting distilleries in the area.

From Aberlour, the route continues down to the coast at Spey Bay.

There are a whole string of pretty fishing villages along here, starting with Findochty. The dramatic bow fiddle rock is a few miles on, near the village of Portknockie - this natural stone arch is one of Scotland's most photographed sites.

Just after Portknockie, you'll come to the first amazing beach of your tour at Cullen.

Finally arriving in Banff, we always recommend a visit to Duff House. This Georgian mansion is part of of the National Galleries of Scotland and houses a changing series of art exhibitions.

Leaving Banff along the coast road, you'll quickly come to the picturesque village of Pennan which is famous as the location for the film Local Hero. The steep road down into the village can look a bit daunting, but it's worth it!

Next up, Fraserburgh is the first of the North Sea fishing ports along this coast. Don't miss the Museum of Scottish Lighthouses. Housed inside the oldest lighthouse on mainland Scotland, this is a treasure trove of maritime history.

A few miles south of Peterhead is one of the most dramatic ruins in Scotland: Slain's Castle - this forbidding building is rumoured to be the inspiration for Bram Stoker's Dracula.

To round off the day, don't miss Balmedie beach.

On the last day before you head home, you'll follow the official Angus Coastal Route south to Dundee.

Before you leave Aberdeen, you should take the time to explore Aberdeen Harbour. This is one of the best places in Scotland to see dolphins. You can often spot them from the shore, but there are also boat tours available that will take you closer. Discover more about the harbour's history at the Aberdeen Maritime Museum. While you're in Aberdeen it's also worth visiting St Machar's Cathedral and exploring the historic streets of Old Aberdeen.

Half an hour's drive to the south of Aberdeen, you'll come to Dunnottar Castle. Possibly the most dramatic castle in Scotland, this majestic ruin is perched on a clifftop. There has been a structure on this site since at least the fourth century!

Wildlife enthusiasts will want to stop off at St Cyrus National Nature Reserve. Famed for its rare wildflowers, butterflies and moths, St Cyrus is the perfect place to soak up the raw beauty of this gorgeous coastline. This is one of the best coastal walks in Scotland.

Further on you'll come to the House of Dun. Designed by the famous Scottish architect William Adam, this was home to the Erskine family for over 200 years.

The last of an array of amazing beaches on this itinerary is at Lunan Bay. Nearby Arbroath Abbey is a spectacular ruin: founded in 1178, visitors can learn more about the role it played in the 1320 Declaration of Arbroath (some people call this the birth of the Scottish Independence movement...). Afterwards, head to the harbour for a traditional Arbroath Smokie.

For keen golfers, you're now in prime links territory. Nearby Carnoustie has played host to The Open Championship a total of 8 times!

The final castle on this tour is Broughty Ferry Castle. This free attraction has stood since the 15th century and offers stunning views of Broughty Ferry and the sparkling waters of the Tay Estuary.

The last night of your holiday will be in the historic city of Dundee.

Take your time to explore and enjoy the wonderful city of Dundee before heading homewards. We hope you'll be back soon though! 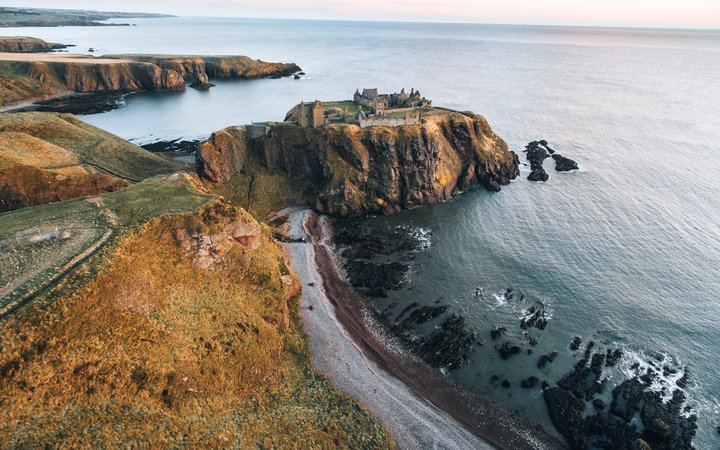 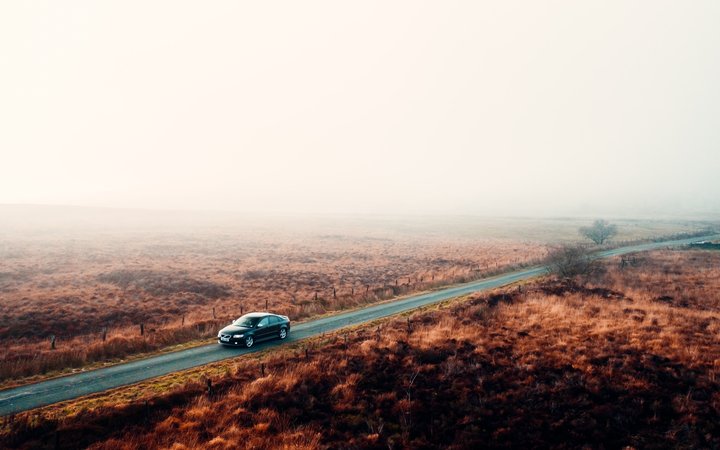 Here at The Tartan Road, we specialise in Scottish self-drive holidays. All of our self-drive tours are completely bespoke: we customise them to give you the perfect holiday.Our self-drive packages … 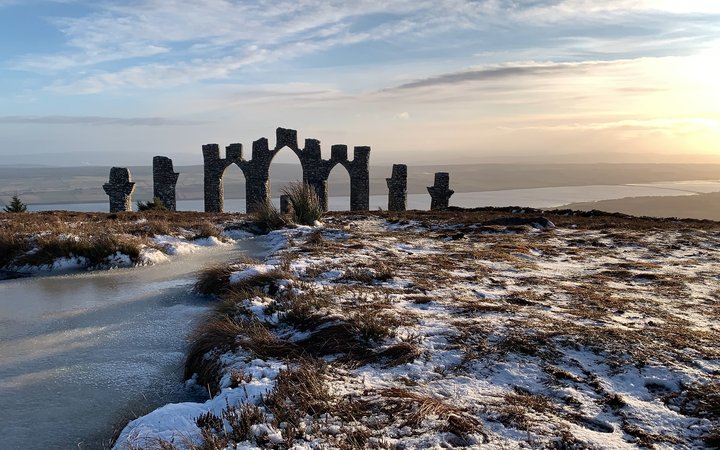 The main tourist season in Scotland is the summer (roughly May to September), but winter is becoming more and more popular with visitors.Winter is a time of warmth and welcome … 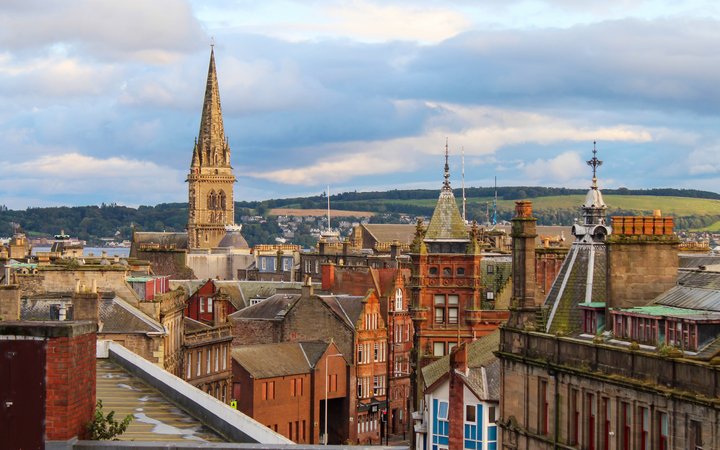 Things to do in and around Dundee in 2022

Dundee is the fourth-largest city in Scotland by population, but it doesn't feature prominently on the usual tourist trails. We think it's a bit of a hidden gem, though, and …